You're here: Home Blog Benahavis – discover the jewel of the Costa del Sol

Benahavis – discover the jewel of the Costa del Sol

One of the most picturesque, even idyllic places on the map of Spain. The quintessence of Andalusian towns and a safe haven for the world's great fortunes. A place that combines soothing, natural nature and unimaginable luxury. This is Benahavis – a gem of the Costa del Sol hidden in mountain magic.

Location of Benahavis in Spain

Benahavis is just 7 km from the bustling south coast of Spain and 22 km from the extremely popular Marbella. It is one of the three cities, apart from Mijas and Estepona, which co-create the so-called The Golden Triangle on the Costa del Sol. Situated at the foot of the Serrania de Ronda, the town covers 145 square kilometers of sunny slopes that face south towards the Mediterranean Sea, offering breathtaking views of Gibraltar and the Moroccan coast on clear days. 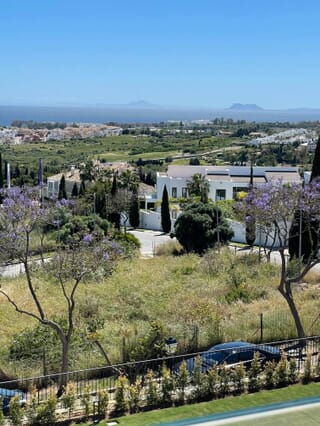 There are plenty of sunny days here. In Benahavis, Spain has a hot character. From April to November it hardly rains here, it is also warm in winter – the average temperature in January is 14 degrees Celsius. The warmest time is in August, when the temperature reaches 30 degrees Celsius.

Very special new residential project on a fantastic plot in…

Benahavis is carefully integrated into the natural landscape. Mountain scenery is combined here with a land of vast forest areas, through which flow three rivers flowing into the Mediterranean Sea:

The city is surrounded by the beautiful mountain ranges of the Serrania de Ronda. There are places worth seeing. One such place is Las Angosturas – a narrow canyon through which the Guadalmina River flows. One of the legends tells of a girl who went to bathe in a pond. She was swept away by a strong whirlpool and her fiancé jumped into the pond to save her. They both disappeared into the troubled waters. Today, this place is known as "El Charco de los Novios", or the pond of the brides. 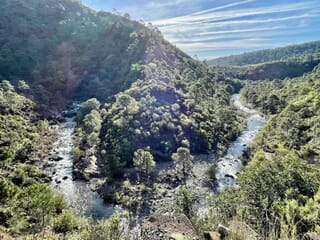 The Guadalmina River is undoubtedly the most characteristic point of the natural environment of the area. It forms one of the most beautiful canyons in Andalusia and runs very close to the center of Benahavis. For the brave, canoeing trips are organized on it – their route leads down the river through waterfalls and small pools. It is one of the most interesting attractions on the Costa del Sol. Those who decide to go canyoning with a guide will certainly also feel the thrill.

Another place worth visiting in the bosom of nature is the Torre Leonera park. There is a large lake and the ruins of a medieval tower, a defensive fortification from the turn of the 12th and 13th centuries, from which the park takes its name. It is known as a place for lazy walking, active hiking and cycling in the mountains or along the river, or simply a place to rest. It is also a good place for a trip with children who can enjoy the view of rabbits running freely around the area. 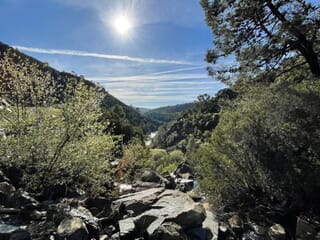 Most of the land around Benahavis has remained unchanged for centuries. It is densely covered with olive trees and other Mediterranean vegetation, which gives the effect of a green, fertile landscape for most of the year. It is also home to animals: mountain chamois, deer and other mammals, reptiles and lizards, and a whole range of fish and insects.

Few places on the Costa del Sol offer such uninterrupted views of mountains, forests and rivers – so it's a great place to enjoy nature and experience some peace and quiet.

Luxury at your fingertips

To paraphrase a well-known saying, money also likes this silence. The municipality of Benahavis is home to the most expensive luxury developments in Spain and therefore has one of the highest per capita incomes in the country. The richest municipality in Spain is therefore called the jewel of the Costa del Sol for a reason. On its hills, it hides the luxury of grand fortunes and mansions, a number of exclusive estates and residential estates, including: La Zagaleta, El Madroñal, Monte Mayor and El Real de La Quinta. This project was initiated by Tomás Pascual and is the realization of his vision. More than 1,000 luxury properties, a golf course, an artificial lake, a hotel and kilometers of bicycle and walking paths are being built there. The owners of residences in villa districts in Benahavis are often famous actors, musicians or politicians known from the headlines. The influx of many foreigners to the city makes Benahavis an exceptionally cosmopolitan and multicultural point on the Andalusian map. 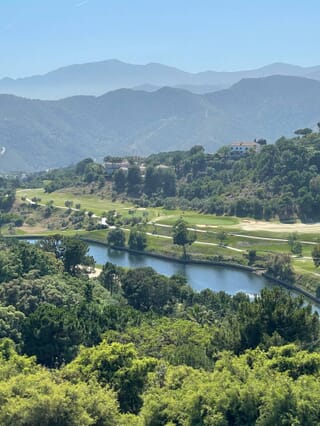 According to the Statistical Institute of Andalusia, 8,085 people lived in Benahavis in 2019, of whom 5,131 were foreigners

Very special new residential project on a fantastic plot in…

13 luxury villas in contact with the environment in Benahavis

13 luxury villas in contact with the environment in Benahavis

The location of Benahavís is ideal for physical activities. La Zagaleta Club, Los Arqueros, Los Flamingos Golf and Monte Mayor Golf Club are just a few of the most famous golf courses in the municipality. 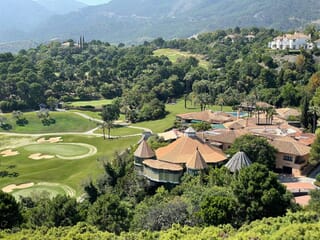 Benahavis is popular not only for its exclusive properties, good golf courses and stunning nature. The town is also known as the "Rincon Gastronomico" of the Costa del Sol and for this reason is often visited by connoisseurs of good food and culinary critics. Dining in Benahavis is almost as diverse as the restaurants that fill the city – there are many very good establishments here that offer high quality both traditional and more experimental cuisine with a modern twist. This is certainly influenced by the fresh look at the cuisine presented by the students of the "Sabor a Málaga" School of Gastronomy. Benahavis is famous for the best selection of pork, lamb or veal, but seafood dishes are also of great importance here.

In Benahavis, tourist attractions are largely due to the history of the city, which was founded during the times of Muslim domination and Al Andalus. In the 16th century, Benahavis became an autonomous city. Since it has retained all its authenticity of a mountain village of Arab origin, it is interesting for visitors. You can walk for hours among the white houses on the narrow and atmospheric streets, most of which end with sunny squares – and there you can admire the elements of the magnificent Mudejar architecture and feel the Moorish history. 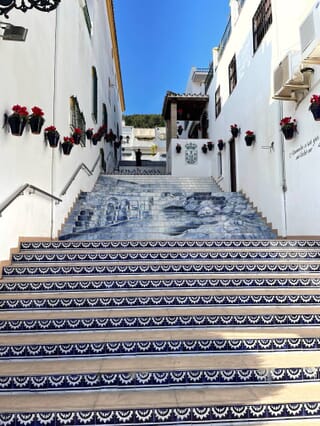 Montemayor Castle was built in the 10th century on the highest mountain in the area. Anyone wishing to climb it to visit the castle ruins and experience truly sensational views of the coastline should be prepared for a major but rewarding effort.

The fortification is a remnant of a rich Moorish past. She played a very important role in the founding of Benahavis. Throughout the history of the city, it has been used as a defensive and observational element: from the wars between the Moors and the Catholics and the Moorish rebellion, to the War of Independence, when it again gained military value.

The castle had three sections of walls, of which the inner one is the best preserved. Today we can see cisterns that used to store water and have retained part of their structure. An interesting fact is that there are small ruby ​​mines near the castle.

The cultural side of Benahavis

Andalusia's history has left behind a rich artistic heritage. The town of Benahavis is firmly rooted in its traditions and hosts many cultural events throughout the year that showcase the best of local crafts, gastronomy, music and religious observances.

According to tradition, the festivities in Benahavís usually start in July and last for about five days. The local authorities inaugurate the fair with a parade and lighting of the fairgrounds. This is a very fun event for children and adults. There is music, rides and plenty of places to eat and enjoy the festive atmosphere.

As in the whole of Andalusia, the processions of Holy Week also take place in Benahavís. They are smaller than in other cities on the Costa del Sol, but they are among the most beautiful.

On October 7, Benahavis hosts a pilgrimage in honor of the village's patron, Our Lady of the Rosary, accompanied by many cultural events. Usually the day starts with free churros on Avenida de Andalucía, then the procession arrives at the chapel. After the service, there will be live music and other attractions for the participants.

Benahavis is much more than just a pueblo blanco where you can go hiking or golfing. Due to its privileged location, pleasant weather all year round, the quality of life and the services it offers to its inhabitants, the town is one of the surprises it has for visitors to the Costa del Sol.